Zymo Research makes epigenetic biomarker validation simple with our MethylCheck™ platform. Whether you have methylation array (27K/450K/850K) data that you would like to validate in a large sample cohort or a specific gene region in mind, our scientists are available to design, validate, and evaluate site-specific DNA methylation changes. Simply send us your samples and regions of interest, and we will perform every step through data analysis, sending you back publication-quality graphs and figures. 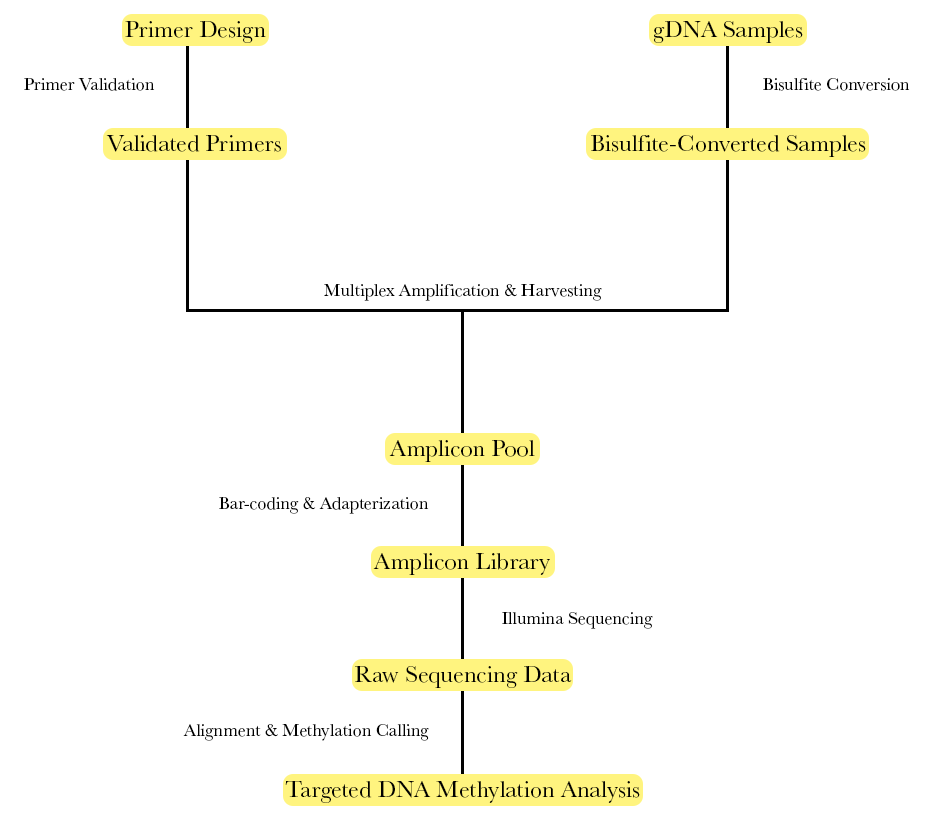 Researchers investigating the mechanisms behind preeclampsia used the Targeted Bisulfite Sequencing service from Zymo Research to examine the DNA methylation status of three genes encoding for human galectins. Galectins found in a gene cluster on chromosome 19 are suspected to confer maternal immune tolerance to the fetus. Amplicons were designed to cover the highly methylated intragenic regions of the placental galectin genes LGALS13, LGALS14 and LGALS16. Using this strategy, several key CpG sites were found to be differentially methylated in association with preeclampsia. In conjunction with other assays, the findings suggest that differential methylation at these sites may impact or interfere with trophoblastic transcription of the cluster galectin genes.

Than NG, et al. (2014) Evolutionary origins of the placental expression of chromosome 19 cluster galectins and their complex dysregulation in preeclampsia. Placenta 35 (11):855-865.

Tell Us About Your Services Project

Please describe your project and one of our scientists will reach out to assist you.

Please wait while we submit your project information

Thank you for your inquiry. We will be in touch with you shortly.